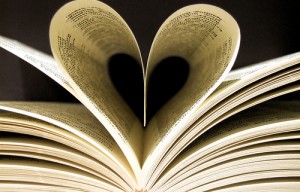 Whether I’m reading, writing, or watching, I love a good romance. The angst, the anticipation, the passion; the alchemy of love is both mystery and motivation.

That being said, when romance is the only focus of a book or movie, it doesn’t do much for me. I need my romance to be solidly couched in a quality plot involving well-rounded characters with believable motivations. So when I read through the last few chapters of my manuscript today and realized with a jolt that I’d accidentally written the beginnings of a love triangle (oops!) I got a little nervous. I love a good love triangle as much as the next girl, but they can be tricky to pull off, especially since they can seem a little old hat if you’re not careful.

So, I thought I’d turn to my favorite literary love triangles and think about what aspects make them work…and which aspects I might want to avoid. (Mild spoilers follow, but I promise not to ruin any endings.)

And then this happened.

Elizabeth Bennett usually has a sensible head on her shoulders, but when handsome, rakish, and charming George Wickham saunters into her life, she believes every lying word that comes out of his mouth. The caddish Wickham worms his way into her affections by telling tall tales about Mr. Darcy, which Lizzy is quick to believe because of her pre-formed prejudices about the snobbish aristocrat. Although the triangle is resolved fairly quickly, it generates the perfect amount of mayhem and hand-wringing in the characters’ lives.

The complicated love triangle begins when these children, doomed from birth, are young students at the idyllic Hailsham school. Kathy and Tommy’s intimate and potent connection cannot be denied, yet it’s Ruth who winds up in the tumultuous long-term relationship with Tommy. Later, she regrets keeping her friends apart, but love may not be enough to save Kath and Tommy from their looming fates.

We finally get the full story of suspicious Potions professor Snape’s ill-fated love story in The Deathly Hallows, when Snape gives Harry his dying memories after being bitten by Voldemort’s pet snake. Although mistrusted by Harry and his friends throughout their years at Hogwarts, the revelation of Snape’s true motivations was poignant and heartbreaking. He loved Lily Evans so strongly and deeply that upon learning of her and his rival James’ murder at the hand of Voldemort he dedicated his life to protecting their only son.

He tried to do the right thing, all for a love that he would never have. Oh god, and his Patronus was a doe. I’m actually crying right now just thinking about it.

Rhett, Scarlett, Ashley, from Gone With the Wind, by Margaret Mitchell

Beautiful, vivacious and petulant Scarlett O’Hara is infatuated with dapper antebellum gentleman Ashley Wilkes in this famous civil-war epic, but Ashley is in love with kind, gentle Melanie. When  bad-boy Rhett Butler sweeps Scarlett off her feet, the two seem made for each other. But Scarlett just can’t let Ashley go, and soon Rhett just “doesn’t give a damn.”

Gale, Katniss, Peeta, from The Hunger Games, by Suzanne Collins

Baker vs. Hunter. Unflagging, unconditional love vs. Childhood flame. Memories of a shared horror vs. The promise of a vengeful future. Who will our steely-eyed heroine Katniss Everdeen choose? Peeta Mellarck, whose gentle demeanor belies his fierce love? Or angry Gale Hawthorne, who might choose a revolution over romance? No spoilers, but no lies: I was totally Team Peeta!

Quiet, serious university student Toru Watanabe is in love with emotionally fragile Naoko, who voluntarily commits herself to a mountain asylum after the suicides of her sister and boyfriend. But when Toru meets unusual and vivacious Midori, who runs a bookstore to support her dying father, the two develop feelings for each other. Toru doesn’t want to abandon troubled Naoko, but can he make a decision before he alienates and hurts both girls?

Will, Tessa, Jem, from The Infernal Devices, by Cassandra Clare

I’ll be honest, this fantastical Victorian-era love triangle kept me up at night. When shapeshifter Tessa moves to London, she falls in with a group of demon-hunting Shadowhunters and quickly develops feelings for two handsome young men: fiery, caustic, and misunderstood Will, who insists on throwing himself in danger given the least provocation; and kind, artistic and sensitive Jem, who just happens to be dying of a slow and painful malady. Dying dying. Oh, and did I mention that the two boys are best friends and blood brothers, bound to protect and serve each other till death do them part? One of those love triangles where you feel guilty for picking a team…

Do you have a favorite literary love triangle? What did you love about it? Leave your thoughts in the comment section below! 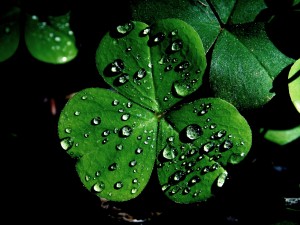 END_OF_DOCUMENT_TOKEN_TO_BE_REPLACED

Hello, my lovelies! No regular post today, but be sure to hop on over to the Spellbound Scribes where I’m discussing the difference between magical realism and fantasy!

Check back later this week for a return to regular posting!