So,  I’ve decided to host a dinner party, but none of my friends seem to be free! Dear me, what shall I do? I suppose I’ll have to invite five of my favorite characters from literature, instead. (This actually happens a lot….)

Who shall I invite? Only people from books shall do…

1. Jay Gatsby, from The Great Gatsby 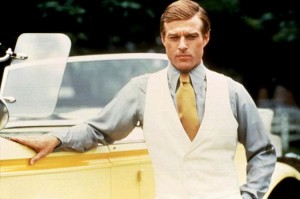 Just don’t let him drive that thing
after he’s had a few to drink.

This guy has it all. Good looks, money, fast cars, mansions, a library full of (unread) books, swimming pools, lots and lots of money…you get the picture. Gatsby is also a man of hope and longing, forever pursuing the one woman he truly loved.  Honestly, his conversation might be a bit dull, but I’d mostly invite him to my dinner party because he’d make sure the champagne kept flowing. He’d probably encourage us all to go skinny-dipping in the moonlight and later, there might be dancing on the tabletops. Don’t worry, we’ll confiscate his phone before he can drunk-dial Daisy. Life of the party, this guy.

2. Cara Mason, from the Sword of Truth series 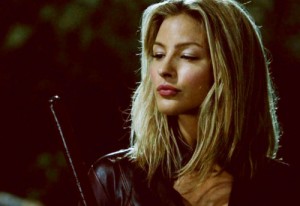 Cara’s a badass, plain and simple. She was trained as a Mord-Sith, and is therefore a fearsome warrior and kind of a bitch. She’s got a whole bondage aesthetic going on, what with the leather and her pain-dealing Agiel. Despite that, she’s loyal, straight-forward, and viciously sarcastic. I’d invite her to dinner because she’d definitely keep the conversation (and the wine) flowing, and I feel like she’d be the first to suggest a wicked game of Truth-or-Dare or Strip Poker.

3. Magnus Bane, from The Mortal Instruments 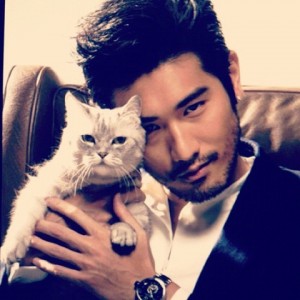 Magnus is a fast-talking bisexual warlock who is a thousand years old and has a tendency to wear glitter and dress like David Bowie. He knows how to throw a good party himself, so I’d probably ask him to come early and help me conjure up some decorations. He’d enjoy trading barbed insults with Cara, and he has a weakness for blue-eyed boys, so he might like Gatsby. If anyone talked too much or got on his nerves he’d turn them into a rat, and then let his cat, Chairman Meow, eat them. 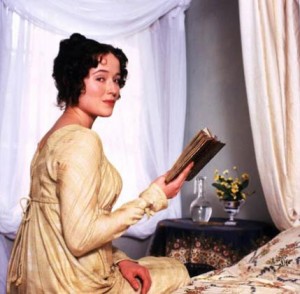 “Gatsby is tolerable, but not handsome
enough to tempt me.”

Lizzy might initially be a bit shocked by the guests at my party, but she’s hardly a prude, and would soon overcome the impropriety of it all. She’d hold her own in a conversation with Magnus and Cara, and she’s always got a bit of gossip or a funny non sequitur hidden up her sleeve. Later, once Gatsby had a few glasses of champagne, she’d probably try to set him up with one of her silly sisters. Or possibly snag him herself. I hear he has much, much, more than ten thousand dollars a year, and a library to boot. *swoon*

5. Westley, from The Princess Bride 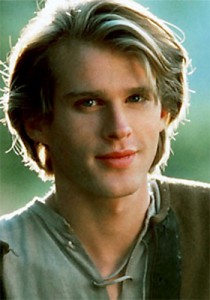 Let’s get one thing straight here, Westley is my date. A farm boy with blond hair and eyes like “the high seas before a storm,” Westley also moonlights as a merciful yet dashing Dread Pirate Roberts. He’s the best at everything he does; swordfighting, hand-to-hand combat, matching wits with a Sicilian. He’s willing to do anything and everything for true love, including dying and coming back to life.

Plus, who doesn’t love a guy who responds to your every request with “as you wish”?

“Uh … go pick Gatsby’s pockets and give me whatever you find?”

Just don’t let him start any drinking games–he has this weird thing with iocaine powder….

If you could invite five fictional characters to dinner, who would they be? Respond in the comment section below!