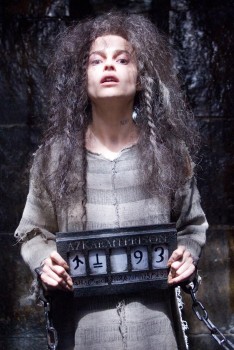 In Shakespeare’s famous play about the downfall of a Scottish thane, these three witches act as agents of chaos and destruction. Chanting creepily upon the moor, they foretell Macbeth’s rise to power, inciting him to corruption, regicide, and ultimately war. “Fair is foul and foul is fair: Hover through the fog and filthy air!” Ugh, no thanks!

In Euripides’ play, Medea is a barbarian witch from Colchis who, when her husband Jason abandons her to marry a princess, decides to take dire action. She sends a poisoned gown and coronet to the princess, which kills both her and her father, the king. And because killing Jason’s bride-to-be wasn’t hurtful enough, she then murders her own children to exact revenge on her faithless husband.

5. The Wicked Witch of the West, The Wonderful Wizard of Oz

Desperate to obtain Dorothy’s ill-gotten silver shoes, L. Frank Baum’s Wicked Witch of the West goes to great lengths to destroy Dorothy and her companions. She sends packs of wolves, swarms of bees, murderous crows and finally winged monkeys to enslave Dorothy. Although famous for her green skin in the movie adaptations, Baum’s witch had only one eye, which was powerful as a telescope. 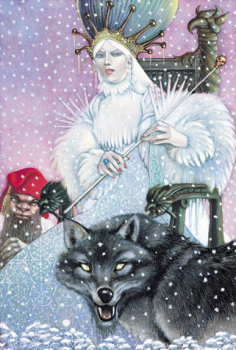 In The Magician’s Nephew Polly and Digory awaken Jadis, a powerful sorceress who spoke a Deplorable Word that destroyed all life on Charn except her own. Later, she becomes the White Witch and plunges Narnia into an everlasting winter where Christmas never comes. She turns Edmund against his siblings, transforms any dissenters into stone, and ultimately murders Aslan in a hideous sacrifice on the Stone Table.

Do you have a favorite literary witch? Leave your thoughts in the comment section below! Also, check out Monster Mash Part I: Ghosts!