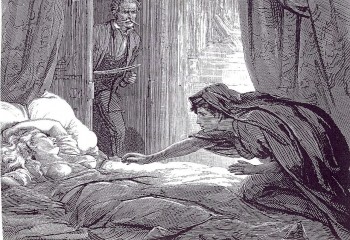 One of the most insidious vampires in literature, Edward lures Bella–his teenaged prey–with his brooding demeanor and ascetic lifestyle, then utilizes psychological tactics such as stalking, threat of violence, and abandonment to confuse her and alienate her from her species. Finally, Bella succumbs to Stockholm Syndrome and marries Edward, who is then able to complete his goal: impregnate his human wife with his unnatural half-vampire spawn.

3. Claudia, Interview with a Vampire

After being sired as a child by her adoptive fathers, Louis and Lestat, Claudia matures into a ruthless, murderous vampire with the face of a doll, who “appears to her victims as a little angel” before luring them to their bloody deaths. In cold blood, Claudia attempts to destroy Lestat by feeding him the poisoned blood of a young boy, and she manipulates Louis into doing various dastardly deeds, including siring an innocent woman so Claudia could have a “mother.” Sugar and spice and everything nice…

In Stephen King’s classic novel, Barlow is an ancient, master vampire who terrorizes the small town of Jerusalem’s Lot when he invades and quickly begins slaughtering and turning the citizenry. He causes some bad blood by performing human sacrifice before moving on to blood-letting, hostage-taking, murder of the elderly, and finally subversion of religious figures. This vampire really goes for the throat.

Once every few hundred years Miriam, a vampire whose life began in ancient Egypt, assuages her loneliness by siring a human to be her half-vampire companion and lover. Together they hunt, feed, and slaughter. But eventually these companions wither away into dusty, bloodless corpses, unable to die yet still conscious and aware. Unable to put her lovers out of their misery, Miriam instead encases the half-living corpses in coffins and keeps them with her for eternity. Talk about skeletons in the closet! 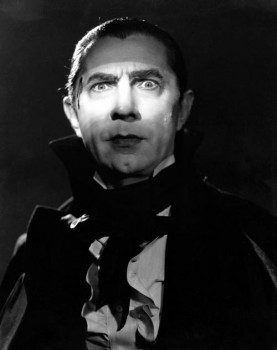 Ah yes, Dracula–a vampire who really sucks. After luring Jonathan Harker to his decaying castle in the Carpathian Mountains and subjecting the young man to unnatural penetration by his three vampiric brides, Dracula infiltrates London and begins menacing the beautiful Lucy Westenra and her companion, Mina Murray. He feasts upon Lucy’s blood until she dies and resurrects as a violent vampire herself; then, with so much at stake, Mina falls under the Count’s thrall, betraying her fiance and friends for Dracula’s sake. With his potent combination of sexuality, violence, and aristocratic charm, Dracula rains a dark terror upon London, and imparts a lasting and toothsome legacy to Western Literature.