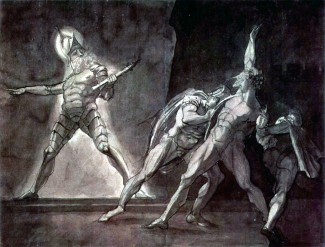 Forced to hunt down and then slay his love Helena Ravenclaw after she stole her mother’s diadem, the Bloody Baron committed suicide out of remorse for his sin. Now, he haunts Hogwarts Castle covered in rivulets of his own blood, frightening young witches and wizards and terrifying Peeves the Poltergeist.

The late Jacob Marley appears to Scrooge on Christmas Eve, a terrible specter who is double shackled with long chains made of “cash-boxes, keys, padlocks, ledgers, deeds, and heavy purses wrought in steel.” Symbols of his greedy and extortionate behavior in life, Marley rattles these chains at Scrooge to warn him of the purgatory he will face if he does not alter his ways. 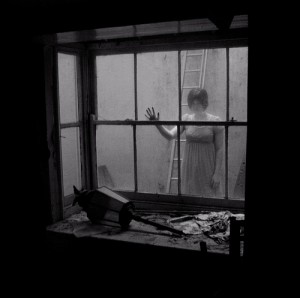 Another victim of love gone desperately wrong, Catherine wanders the moors in the form of a young, lost girl. Doomed to forever haunt the mansion of the man she loved but spurned in life, Catherine knocks on the windows of unsuspecting houseguests, clawing at their arms with ice cold fingers and demanding “Let me in! Let me in! I’m come home–I’d lost my way on the moor!”

6. The Heart, The Tell-Tale Heart

Do you have a favorite literary ghost? Leave your thoughts in the comment section below, and make sure to check back for Monster Mash Part II: Witches!