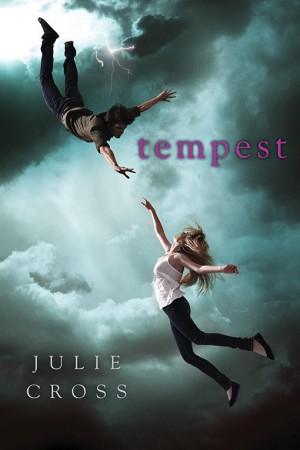 Jackson Meyer is a great protagonist. Firstly, I love that he’s a dude. I can’t remember the last time I read a strong young adult novel starring a young man instead of a young woman. Secondly, Jackson is flawed–at the beginning of the novel he’s a spoiled rich boy who’s used to getting his own way. Even the laws of time and physics bow down to him. But when fate throws him a curveball, Jackson steps up to the plate and shows that he’s willing to change. Jackson isn’t always the most likeable protagonist, and there were times when I wanted to smack him for being a reckless idiot, but I found him very believable and complex. His relationships with his family and friends were all unique and true-to-life. Even though I disliked Jackson at the beginning of the novel, by the end I was rooting for him %100.

The major problem I had with this novel was the time travel itself. Time travel is an immensely tricky subject to deal with gracefully, and I felt like this author’s instinctive reaction to this problem was to not really deal with it at all. Sometimes Jackson’s version of time travel is described in a big info-dump using confusing metaphors and similes, but other times seeming inconsistencies are just glossed over. Personally, I would have preferred for Cross to either have faced time travel head on and given the reader more solid explanations, or to have not even tried to explain it in the first place. As it was, the time travel in the novel seemed inconsistent and cobbled together.

Overall, I would give this book a thumbs up! Definitely a good read, and I would be interested in reading more of Julie Cross’s novels in the future!