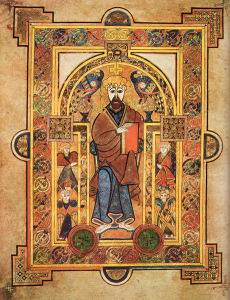 END_OF_DOCUMENT_TOKEN_TO_BE_REPLACED

Dear me, I apologize for my short but unexplained absence. As I mentioned in my last post, spouse and I were moving away from London permanently, so last week was a bit overwhelming what with packing and cleaning and goodbye-ing, and I’m afraid I let my blogging go. Sorry! Not that things are quite settled yet–June promises to be relatively hectic in its own right, with visits to family and weddings and other excitement. 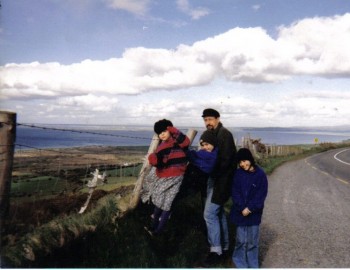 What a ragtag bunch of gypsies we are!
Photo taken by my mom in Ireland.

And all this packing and cleaning and goodbye-ing has had me thinking a lot about moving. This certainly is not the first time I’ve moved in my life. Not by a long shot. My father is a sailor and my mother is a piano teacher, and both parents’ careers proved to be relatively mobile throughout my life. I was born in Florida, but when I was two we moved to Colorado for a few years, then back to Florida, then to Ireland for a year, then to North Carolina before finally winding up back in Florida again. Some stays were longer than others, but every few years my family would pack all our belongings in our station wagon or a UHaul, and move somewhere different.

As a kid I hated moving. I hated having to throw out half of my toys and books and clothes every few years. I hated having to say goodbye to my friends. I hated having to start at a brand new school and navigate a whole new social minefield as an outsider. I hated when distance and time transformed my old best friends into some people I used to know. Moving was always emotionally overwhelming, and I dreaded the inevitable day when my parents would once more announce, “We’re moving!”