Being a father ain’t easy, and it’s nigh-on impossible to pin down the archetype of a great dad. But, literature has certainly tried.

As a follow-up to my Literary Mothers post, I thought I’d do a corresponding post about literary dads just in time for Father’s Day on Sunday. Literary fathers certainly run the gamut when it comes to character: they can be heroes or villains, role models or examples of how not to be, loving or distant, protective or abusive. But the men on my list all share one thing in common: they love their children, and want what’s best for them in this wild, complicated world.

And so, with no further ado (and in no particular order), here are my top 5 literary dads! 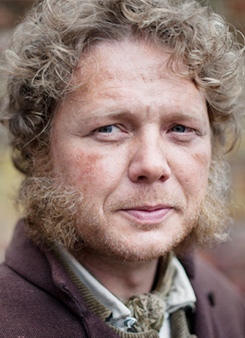 Joe Gargery, played in a BBC
miniseries by Shaun Dooley

Although technically Pip’s brother-in-law, Joe Gargery is the closest thing the boy has to a father.  Joe is passive, and often downtrodden by his overbearing wife, but he is also kind and loving and adores Pip as his own. He gives Pip much-needed affection, passes him extra food under the table, and when Mrs. Joe is on a rampage, he tries to protect Pip from her verbal and physical abuse. He loves and supports Pip unconditionally, even when Pip inherits a mysterious fortune, moves to London, and becomes an imperious, pretentious, unbearable ass. Now that’s what I call a good father!