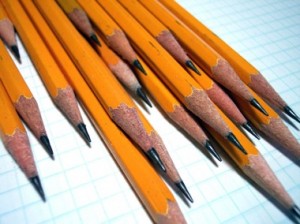 Every November, something wild and wonderful happens: hundreds of thousands of people from all over the world commit to writing at least 50,000 words on a draft of a novel. Any novel, any genre–anything you want! This phenomenon is called National Novel Writing Month, shortened rather snappily to NaNoWriMo. The idea of NaNo is this: many people talk or fantasize about writing a novel, but never actually get the ball rolling because they’re afraid their writing will be crap. The goal of NaNo, therefore, is to push people past that initial phase of fear and paralysis and challenge writers of all walks of life to just write–quality is largely immaterial. The goal is simply to spend one month cranking out a large quantity of words, through the end of a first draft.

I really love the spirit of NaNoWriMo. I think it’s a great motivational kick in the pants for anyone who has always thought about writing a novel but never gotten around to it. Or anyone who started a novel (“It was a dark and stormy night….”) and never gotten around to finishing it. More than just being an amorphous challenge, NaNoWriMo offers a whole slew of tools and support for WriMos–a website where you can post synopses, log word-counts, and chat with other participants. There are organized NaNoWriMo mixer events and write-ins, where you can discuss your progress with other participants or sit in the corner with your laptop and a gallon of coffee and type furiously until your fingernails come off. There are nearly as many ways to meaningfully participate in NaNo as there are days in November.