Here’s Part II of my exploration of sacrifice in pop-culture. If you haven’t read it yet, be sure to read Part I.

Joss Whedon seems almost as gung-ho about sacrifice as J.K. Rowling. In Buffy the Vampire Slayer, its spin-off Angel, and Firefly, most of the characters–if not all–at some point sacrifice their happiness, their loves, and ever their lives in the pursuit of the three big S’s– Slaying, Saving The World and Surviving. Most of the time, these sacrifices are selfless and truly heroic, but Whedon goes out of his way to occasionally subvert the trope as well.

Buffy, of course, puts her life on the line every night as she patrols Sunnydale. In one of the most memorable episodes of the series Buffy, like Katniss Everdeen, gives up her life to save her sister from a certain death. Nearly all of Buffy’s sacrifices are true heroic actions, selfless and pure of intention.

But I think some of the other characters’ sacrifices are even more interesting. In one episode in the first season of Angel, Buffy’s high-school ensouled vampire lover manages to become human again, and both he and Buffy are over the moon. Their star-crossed love affair is star-crossed no more! They spend a perfect day exploring the aspects of their love that have been so long forbidden them. But when Angel realizes he can no longer fight evil as a weak mortal, he makes the decision to undo the whole previous day. Not only does he sacrifice his opportunity to be with the woman he loves in order to continue saving the world, but he must live with the knowledge that Buffy will never know of the sacrifice he made.

Spike, too, makes sacrifices for Buffy, but he is motivated by love rather than the pursuit of Good. Over the course of many seasons, Spike slowly becomes more sympathetic as a character, but when he commits a terrible act against Buffy, he undergoes a long and painful journey in order to restore his soul. He knows that restoring his soul will cause him pain, guilt, and possibly even death, but he loves Buffy so much that he will sacrifice anything to become the man she deserves him to be. In the series finale, Spike offers his life up in the ultimate sacrifice, crumbling to dust as the Hellmouth collapses, even though he knows that Buffy does not love him.

In Firefly, and Serenity, the follow-up movie, sacrificial themes are present, but many are subverted in unexpected ways. When Mal leaves to meet with Inara and spring The Operative’s trap, he explicitly tells Zoe that if they do not hear back from him in an hour to come and rescue him. “What?” he says. “It’s cold out there! I don’t wanna get left.” While most movie heroes would have told their crews to go on without them, Mal very much subverts the trope by insisting to be rescued.

But, in contrast to Mal, who in many ways represents an anti-hero of sorts, Simon Tam makes the most noble and pure sacrifice in the series. No one takes much notice of it, however, because it does not result in his death. 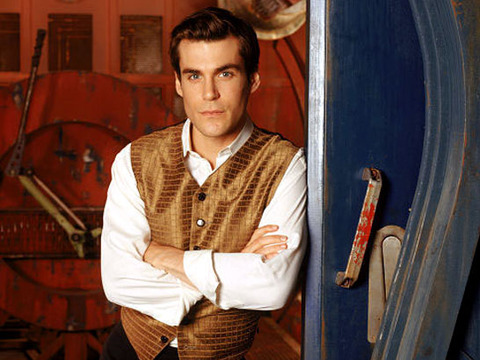 Simon Tam’s sacrifice does not result in his death, but that makes it no less noble. In order to save his sister (are we noticing a theme, here?) and comfort her in her distress, Simon sacrifices his career, his fortune, and the life he knew in order to live as an outlaw while protecting his sister. Of all the characters on Firefly, Simon is seemingly the one least concerned with notions of honor or pride, yet in the end his series-long sacrifice is one of the most poignant in the Whedon-verse.

Do you have a favorite Whedon sacrifice? Tell me about it in the comments! And join me tomorrow for the third installment of my posts on Sacrifice, where I’ll talk about the Winchesters on Supernatural.