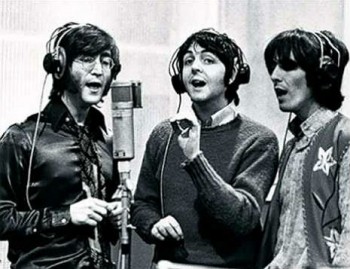 A few days ago my mom sent me a link to a version of The Beatles’ Abbey Road with the vocal tracks completely isolated. Being a lifelong Beatles enthusiast, I was excited and curious to hear what the band’s final album sounded like sans musical instruments. I put it on this morning as I was making my coffee, and allowed the three part harmonies to wash over me. It’s definitely an interesting experience to hear very familiar songs sung without the usual accompaniment of guitar and bass and keyboard. I found myself focusing on the way the harmonies built on each other, and how the different tenors of the singers’ voices blended and complemented each other. But as the final song ended, I couldn’t help thinking to myself how much better I liked the original version, instruments included.

There’s a very, very famous quote that, although commonly attributed to Aristotle, actually originated with Gestalt psychologist Kurt Koffka. I’m sure you’ve heard it many times before: “The whole is more than the sum of its parts.” This is an integral concept to Gestalt psychology, in that our perception of any whole exists as an independent entity from all of its parts perceived individually. The sum is not necessarily greater, or better, but it does exist as other than the sum of its parts. A house is more than the bricks, mortar, timber and metal that went into its construction. A year is more than all of its days added together.

This deconstructed Beatles album made me think about that quote in a way that I never had before. I thought the a capella version of Abbey Road was striking and melodic. I’m sure if I had listened to the guitar track or keyboard track individually I would have experienced something similar. And you could easily argue that Abbey Road (and many other albums) is basically nothing more than a series of vocal and instrumental tracks layered on top of each other. But anyone who has heard a truly great album knows that when everything is added together as it was designed to be heard, it becomes something more than it was before. A whole; complete and independent from the individual parts that were used in creating it. Both the sum of its parts and something more than…other than…greater than. 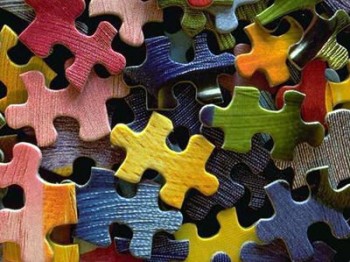 This is an incredibly important concept to internalize with writing. There are so many individual parts to writing–any kind of writing: journalism, short stories, genre fiction, poetry. Writing, when deconstructed to its most basic form, is comprised of a panoply of parts: tone, imagery, dialogue, rhythm, structure. And especially when revising and editing a manuscript, a writer must examine each of these in turn to make sure all the parts function independently of each other. Is the structure consistent throughout the piece? Does the dialogue sound realistic?

But at some point, a writer needs to step away from this collection of parts they have spread out before them and decide whether those parts function together as a whole that exists as something more, something independent of those parts. Does the tone work with the imagery to produce an evocative atmosphere? And is that atmosphere consistent with the plot and the structure? All the parts must function together, complementing and supporting each other, just like John, Paul, and George’s harmonious voices on Abbey Road. A book, poem, or short story, like a music album, is made up of a whole bunch of parts layered together, above, below, and twisted together. But if done well, the whole of those parts combined will be something other than and greater than the parts used to create it.

Do you think a whole is more than the sum of its parts? What are the most important parts to writing, and what do you look for in a “whole”? Leave you thoughts in the comment section below!