Today I read a clever essay by Chuck Palahniuk (author of Choke, Fight Club, and many other gems of modern literature) called 13 Writing Tips. As the title suggests, the essay deals with thirteen of the things Mr. Palahniuk finds most useful when writing, revising, and reading his own work. I found the essay engaging and constructive, but it wasn’t until I reached Number Eight that I really started to think about how the tips applied to my own writing.

“If you need more freedom around the story, draft to draft,” writes Mr. Palahniuk, “change the character names. Characters aren’t real, and they aren’t you. By arbitrarily changing their names, you get the distance you need to really torture a character. Or worse, delete a character, if that’s what the story really needs. “

I read that suggestion and physically reeled, a bit. Change my characters’ names, Chuck? Delete  my characters? Surely you jest!

I realize that I have a very real and very emotional connection to my characters. After spending thousands upon thousands of words with them, I find that more often than not, they take on lives of their own. Not only do they begin to feel like my good friends (or enemies, depending on the character), but they become somehow independent from the fact that I created them, and start making decisions of their own and acting upon choices they made, not me.

I can’t even begin to imagine how ridiculous this sounds to someone who does not spend hours every day with a bevy of fictional characters. My fiance and I actually have a recurring conversation that goes something like this:

L: Oh, pretty good, I guess. But I’m really upset at {Character X} because he did something really rash and now his whole romantic situation is shot to hell. I have no idea how he’s going to get himself out of this mess.

S: But…he’s a fictional character that you wrote…right? He doesn’t actually decide anything, because…you do it for him?

No, my fiance is not a cat. Image via icanhazcheezburger.com

While I don’t think I’m quite prepared to delete any of my precious friends or enemies yet, I can try to step back and make decisions for my characters, instead of as my characters. Have them do the things that need to be done to make not only their story, but the whole story, really shine. Really dig that thumbscrew in so that they wail, and scream, and show their true colors.

As long as I can go back to thinking of them as my BFF’s once the book is done…. 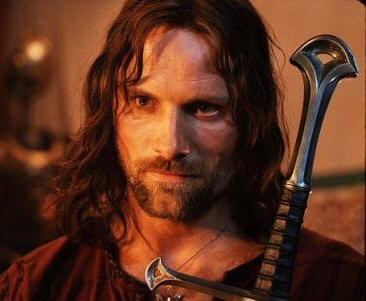 I’m sure Tolkien called you Bob for at least a little while, just to create some distance…