The other day was absolutely beautiful in London. I found that I was physically incapable of staying inside and writing while precious daylight seeped away, so instead I put on my coat and hat and gloves and boots and made the trek into the city. It was the perfect kind of winter day; cold and crisp with a pristine blue sky stretching into infinity.

I had lunch with my fiance, watched the ice-skaters outside the Museum of Natural History, and when I needed to warm up I ducked inside the V&A Museum, in South Kensington. I love museums, and the V&A is one of my absolute favorites. It combines art and textiles with history and fashion, while making them all interesting. 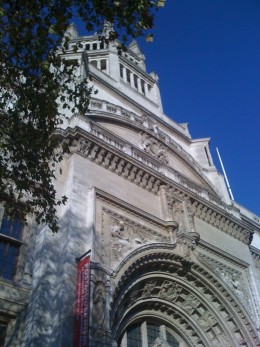 The V&A Museum, courtesy of me.

But as I wandered the echoing halls and admired Palissy bowls and examples of 17th century garb, I got to thinking about inspiration. No artist can really succeed at an art without some measure of inspiration, no matter its source. And writers are artists. It doesn’t matter whether we are poets or fantasy novelists or essayists or short story writers. Everyone relies on some kind of inspiration to create something wonderful. It might be fleeting and rare, or a daily pulse like a heartbeat, or disguised in songs that we hear or paintings that we see. But it’s there.

But where does inspiration come from? The answer seems to be anywhere and everywhere.

Many authors cite dreams being the inspiration behind many famous novels. Frankenstein, Dr. Jekyll and Mr. Hyde, and, most famously, Twilight were all reportedly written after their authors experienced especially vivid and intense dreams. This is one that I, in particular, have a lot of experience with, although my dreams usually inspire short stories or small scenes in my books, not best-selling novels. (Keep on trying, dream-machine!)

While this is not a method of inspiring creativity that I would necessarily recommend, many prodigious authors were also drug-users. “Kubla Khan,” written by Samuel Taylor Coleridge, was purportedly composed after the poet experienced an opium-induced hallucination. Aldous Huxley experimented widely with mescaline and LSD, and Stephen King has admitted to using cocaine in the ’70’s and ’80’s. Hunter S. Thompson is probably the most infamous drug-addled author of all–in Fear and Loathing in Las Vegas, his narrator alter-ego writes that he brought “two bags of grass, 75 pellets of mescaline, five sheets of high-powered blotter acid, a salt shaker half full of cocaine, and a whole galaxy of multi-colored uppers, downers, screamers, laughers” on his road trip. Suffice it to say, that guy didn’t discriminate when it came to substance. 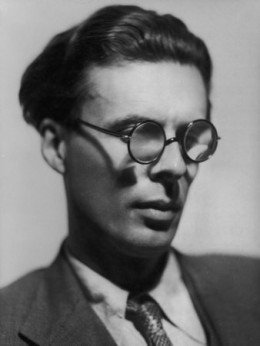 Was Aldous Huxley’s invention of the drug Soma inspired by personal experience? Image via tumblr.

Other writers find inspiration in methods of divination or fortune-telling. The talented Kristin McFarland writes that she was inspired to write a mystery novel after choosing a fateful Nine of Cups from a Tarot deck. And Philip K. Dick used the I Ching, an ancient Chinese form of divination, to decide almost all the plot points and character fates in his dystopian alternate history novel The Man in the High Castle.

I think most writers, though, find inspiration in the people, events, and places in their own lives. There’s a reason why the adage “Write What You Know” is parroted by every creative writing guide and teacher ever. I know that I was inspired to write my first novel Shadowkin (now in 2nd draft) when I visited Ireland for the second time when I was 19. The gorgeous surroundings and the ancient Celtic heritage was the perfect setting for a supernatural world based in Irish legend. I started my second (as yet unfinished) novel after I moved to London. I couldn’t get the idea of a steampunky Victorian paranormal adventure out of my head, and finally decided to start it during NaNoWriMo.

What about you? Do you rely on dreams, drugs or divination methods for your inspiration? Or do you find inspiration in the everyday things that surround you? Discuss in the comments!