It has been a rare, snowy weekend here in London. Most years, snow is rare, even in the dead of winter. Last year, I don’t think we got more than a few snowflakes that failed to stick. But Friday and Sunday were both delightfully snowy, leaving quite a few inches on the ground.

Both children and adults were out in droves, making snow angels, snow men (and more adult-themed snow-sculptures, ahem), and generally having a blast.

Except for a brief stint in Colorado, I spent most of my life growing up in Florida, where snow isn’t much more than a myth, and I willingly admit that snow is a huge novelty for me. I think it’s beautiful; it changes whatever it touches, masking all the imperfections of nature and turning us into children, even just for a little while. The hush of a footstep in powdery snow. Trees, stark and romantic against a pristine canvas. And at night, tiny snowflakes raining down to dust our cheeks with glimmering stars.

But I’m not the only one inspired by snow. Artists, writers and poets all seem to share my fascination with the damp cold stuff. So, in honor of a London wiped clean by slow (at least for a few days), I thought I’d share some of my favorite snow-themed poems. 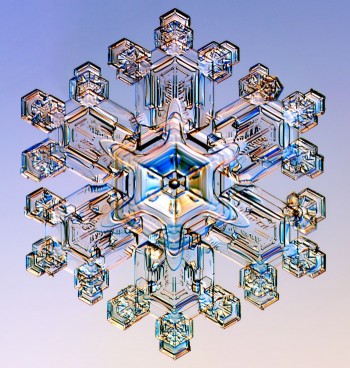 Snowflake, seen with a photomicroscope. 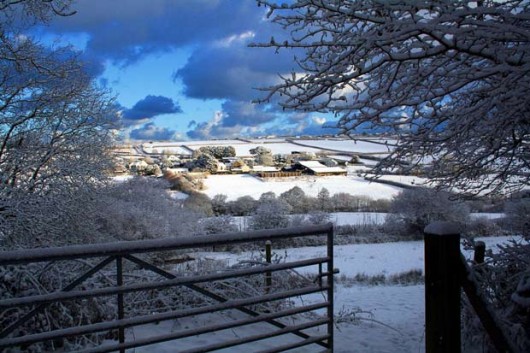 It is a winter’s tale
That the snow blind twilight ferries over the lakes
And floating fields from the farm in the cup of the vales,
Gliding windless through the hand folded flakes,
The pale breath of cattle at the stealthy sail,

And the stars falling cold,
And the smell of hay in the snow, and the far owl
Warning among the folds, and the frozen hold
Flocked with the sheep white smoke of the farm house cowl
In the river wended vales where the tale was told. 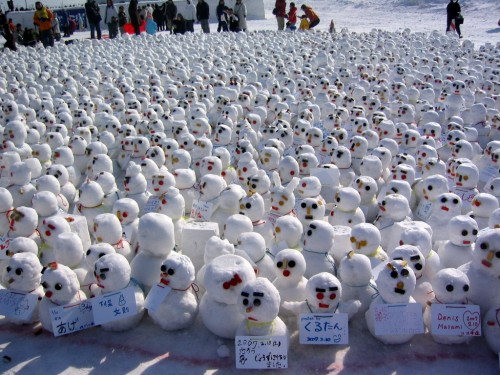 Writing shit about new snow
for the rich
is not art.

Do you enjoy snow days? Are you inspired to write about snow? Answer in the comments below!